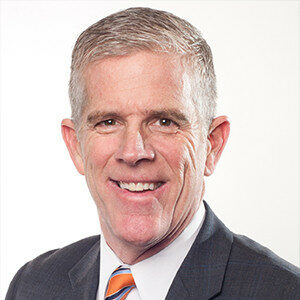 William (Bill) Whistler | Chairman of the Board

Bill Whistler is the Chairman of the Board for Shook Construction, one of the Dayton region’s top construction firms. Bill started with Shook as a Co-Op more than 40 years ago and eventually took over as CEO, a role he retired from in June of 2020. During his tenure as CEO, his focus was on the execution of the company’s strategic plan as well as the professional development of company leadership. Bill began his career in 1978 while earning his B.S. in construction management from the University of Cincinnati. Over the course of time, he held nearly every operations position within Shook Construction.

Bill is a known leader in the construction industry as well as in the local community. He has served on the boards of countless organizations, including the State of Ohio Chapter of the Associated General Contractors (AGC), AGC South Central Ohio Chapter, Dayton Builder’s Exchange, United Way, Sinclair Community College Foundation, Dayton Chamber of Commerce, Dayton Business Committee, Catholic Social Services, and a CityWide Development Advisory Board.

Bill has four children along with two grandchildren, and he spends his free time swimming, biking, and running. He also competes in the sport of triathlon in the summer months and enjoys snowboarding in the winter months. Beyond that, Bill loves traveling to new destinations both near and far.